Ambulance planes continue to carry thousands of patients with emergencies at home and abroad.

One of those planes took off, this time for three patients.

Trained patients to their treatment

The ambulance plane of the Ministry of Health sent the 3-day-old baby who was intubated due to heart disease in Şanlıurfa, and the 14-year-old child with lung disease in Erzurum to Ankara for emergency treatment, and the 66-year-old patient with digestive system bleeding in Rize to Istanbul. brought up.

The journey of the heavily-maintained aircraft ambulance with 4 stretchers, of which there are only a few examples in the world, raced from one end of the country to the other in minutes and covered more than 2 thousand kilometers in the air, was viewed moment by moment.

Captain Ali İmren, who gave information about the routes to be taken during the flight, said, “Today, we will perform the ‘6-legged’ flight mission for our patients, where we will return to Rize-Erzurum-Şanlıurfa-Ankara-Istanbul and again to Ankara.

As the ambulance aircraft team of the Ministry of Health, we are carrying out this mission as teams based on 24-hour originality and 12-hour rotational teams.

First stop Rize: Our state provides us with these opportunities

The first stop of the ambulance aircraft team that took off from Ankara was Rize. Abidin Aydın, 66, who was decided to be transferred to Istanbul for further examination and treatment due to bleeding in the digestive system, was taken from the land ambulance at Rize-Artvin Airport and transferred to the ambulance plane.

Patient Aydın expressed his feelings, “I had a liver transplant in 2018, my health was good. However, I started bleeding a while ago. For this reason, I am being taken to Istanbul. May God not harm our state, they provide us with these opportunities.” brought it to the tongue with his words.

The ambulance plane, which took off from Rize to Erzurum, picked up 14-year-old Muhammed, who had lung disease and had to be transferred to Ankara for further examinations.

The health group of the ambulance plane, which made the first examinations about the condition of the little patient and connected it to the breathing apparatus, then moved to Şanlıurfa for another small patient whose condition was urgent. 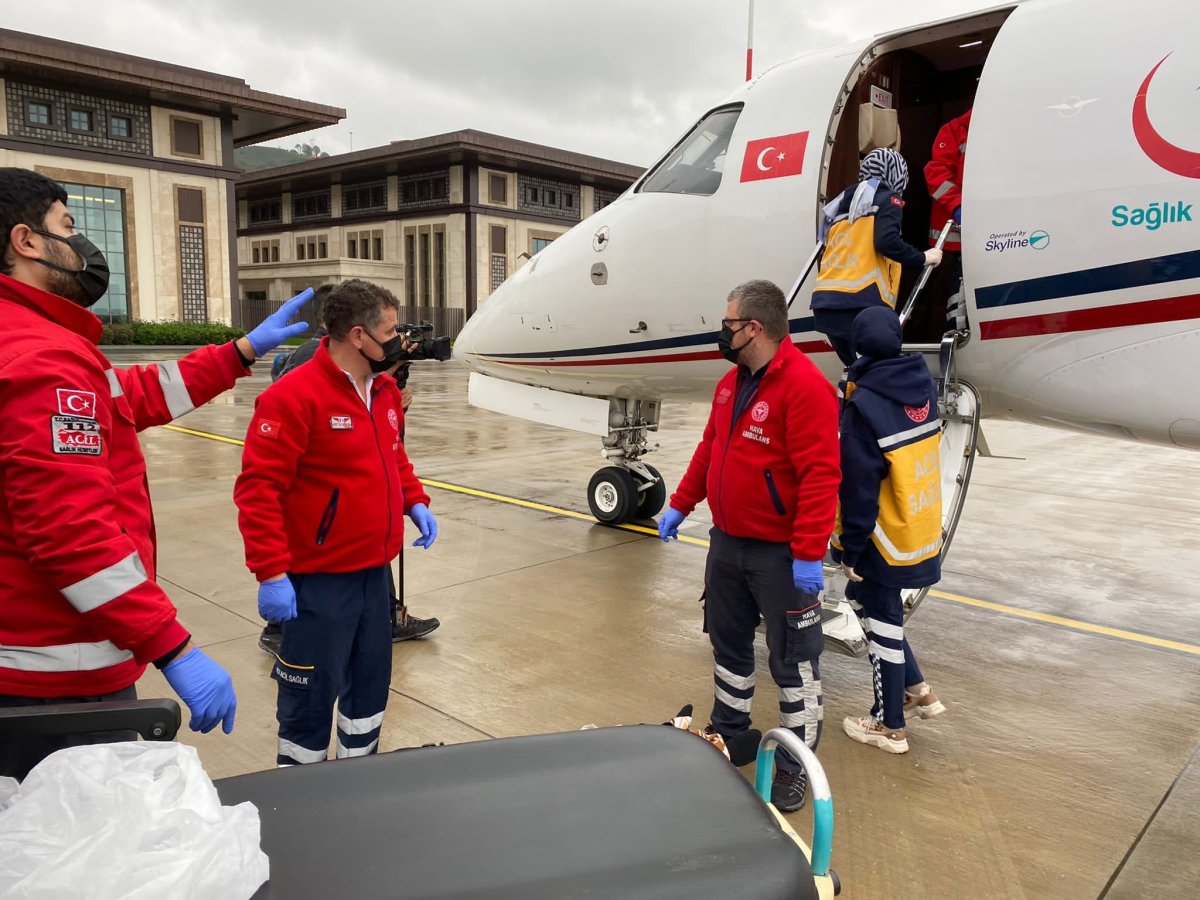 At its last stop, the ambulance plane came to the rescue of the baby, who was born 3 days ago in Şanlıurfa, but was intubated and needed surgery because he developed a heart condition.

The baby, which was taken from the land ambulance in an incubator, was transferred to another incubator on the ambulance plane by the health teams. After the baby’s first health examination, the plane took off to Ankara with three patients.

The ambulance plane’s doctor and the health group, who often chatted with the patients during the journey, tried to make the little baby laugh from outside the incubator. 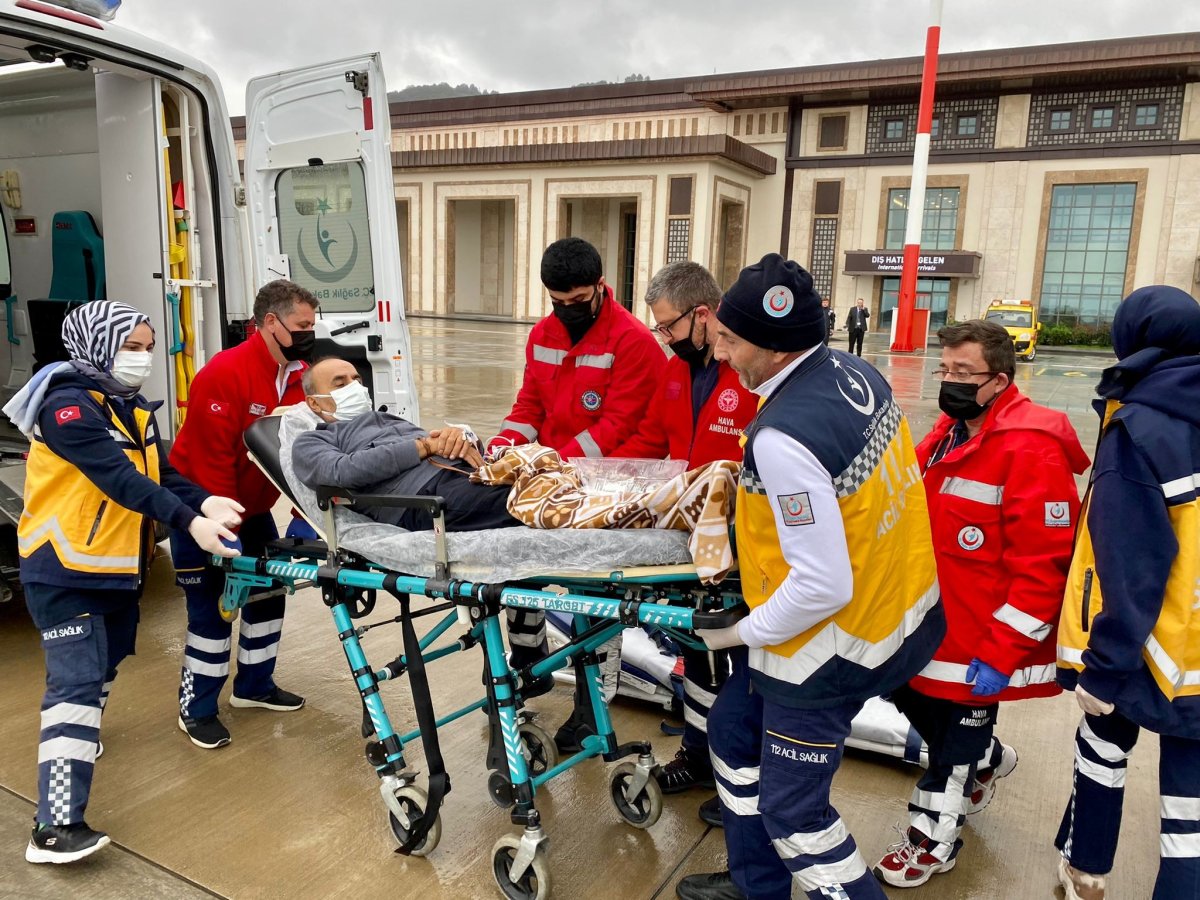 “We ship in accordance with the intensive care rules”

After the last patient was taken, Onur Ertezkoşan, the physician of the ambulance plane, shared information about their condition and said that the little baby had “hypoblastic left heart syndrome” and was sent to Ankara due to the need for urgent surgery.

According to the news of AA, Ertezkoşan wished that all three patients would regain their health and said, “It was of great importance that our baby be transferred in the air as soon as possible.

For our 66-year-old patient, we took off with equipment that could provide blood support when needed. Our 14-year-old patient has sufficient oxygen levels, and we establish a pleasant connection with him. The condition of all three of our patients is stable at the moment,” he said.

Land ambulances were on standby.

The ambulance plane, which took off again for the patient Abidin Aydın, took this patient to Istanbul for treatment.