Botox, one of the most well-known formulas in non-surgical aesthetic applications, is now applied according to the profession of the person. If you are an actor, the process can be done without applying it to the fingertips, if you are a pianist and if you are going to have botox because your hands are sweaty.

Among the non-surgical aesthetic applications, one of the most well-known and fastest-acting applications is botox (Botulinum toxin) application. Botox application, with its effects on both the muscles and the skin, has been confidently preferred in competent hands for years. The use of Botox applications in medicine is based on many years. It was first used in the treatment of strabismus in the 1970s. Subsequently, when it was observed that the wrinkles on the face improved in these cases, it was started to be used for aesthetic purposes in the 1980s. It is the most frequently used application in Aesthetic and Cosmetic Dermatology. As for the reasons, botox applications are an application that honors the patient and the physician with its dramatic effect. In addition to the fact that its effect is noticeable in a short time, the side effects of this treatment, which has been applied faithfully for years, can be prevented and corrected under the supervision of doctors, which are other reasons for preference.

PREVENTS TRACES
Apart from preventing the lines that will form due to muscle movements, Botox is used to prevent the scars that will form, to beautify the scars that have formed, to treat excessive sweating and facial swelling due to sweating. In beautifying the red appearance, providing brightness to the skin, beautifying its color and appearance, shrinking the pores, in the treatment of dog breast disease, in the treatment of hair loss, in beautifying the sagging of the face and in length, in the curvature of the eyebrow and eyelid, correcting the asymmetries on the face, the appearance of the gums, raising the tip of the nose, sad word, It is frequently used in beautifying the low lip edge, in the treatment of headache and teeth clenching. It is emphasized in some publications that it is also good for depression and hypertension. 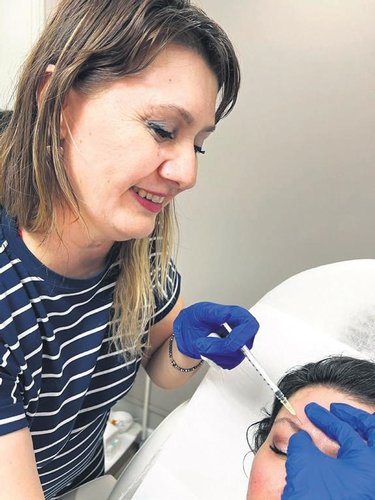 MADE BY NEED
The areas to be applied and the application forms differ according to the need of the person. For example, botox application to an actor should be done without completely resetting his mimics. If a pianist is going to practice because his hands are sweaty, the practice should not be carried to his fingertips.

EFFECTIVE UP TO 9 MONTHS
It is recommended not to apply anesthetic cream during the Botox process. Because studies have shown that it has no effect on pain. It is thought that the heat of the botox artifact during the reprocessing, the application and the ice application applied to the skin after the botox content may not reach the targeted area. Therefore, it is recommended not to apply cold. Again, the size and application intervals of botox are also valuable on the duration of its effectiveness. There are various types of botox in the market. It is recommended to consider this situation during the transportation of botox type botox that requires cold chain. Some types of botox are less likely to be allergic. The period of effect of the work, which received the last approval in 2022, is reported as 6-9 months.

STAY AWAY FROM STRESS
In addition to the approaches to prevent the aging process, such as protection from the sun and skin care according to the needs, it would be appropriate to repeat the Botox application in a form that will not be before 4 months. Staying away from harmful habits and tension delays our aging process and prolongs the effect of botox. Eating strong collagen, doing sports, spending time with our pawed friends, yoga and meditation can also prolong the effect of botox. 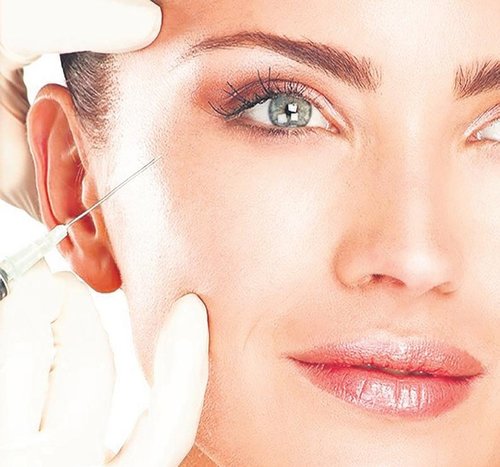 CHW BOTOX REQUIRES SPECIAL TECHNIQUE
Chewing botox requires special techniques; Especially applying it together to the masticatory muscle masseter and temporal muscles extending to the hair above the ear increases the effect. It may take up to a month for the muscles to reach the desired state in chewing botox.

ZINC EXTENDS THE LASTING OF BOTOX
It is valuable to have the zinc level checked, if possible, before the Botox application. Because in order for botox to show its effect, there must be a sufficient level of zinc in the body. If there is a miscarriage, it has been shown that taking zinc 4 days before the botox procedure prolongs the effect of botox.

THINGS TO BE CONSIDERED AFTER THE APPLICATION
In order to minimize the risk of botox spreading to unwanted muscle clusters after the procedure, patients are recommended to stay in an upright position for 4 hours. After the re-process, alcohol and cigarettes should not be smoked for 2-3 days. Considering that the expected effect can be fully realized within two weeks, the expectation should not be kept high in this process. The patient should not forget that at the end of this period, he can go to the doctor again for the second correction, the effect of the treatment is discontinuous, and a healthier skin will be achieved with the applications to be made. It should not be forgotten that additional applications that may reduce the duration of action should be avoided and health routines should be followed.

MUST BE DONE BY THE DOCTOR
In order to avoid the unwanted effects of botox, it should not be done in such special cases, such as pregnancy, breastfeeding, some muscle diseases, allergy to some drugs and botox products. The most frequently reported undesirable effects are redness and bleeding points after the process. Facial asymmetry, eye closure or drooping can also be seen. Fatigue and headache may also develop. Although these side effects are rare, considering that there may be situations that require the intervention of the doctor, it should be underlined once again that approved registered botox products should be used and these applications should be applied in a health institution and by a doctor.